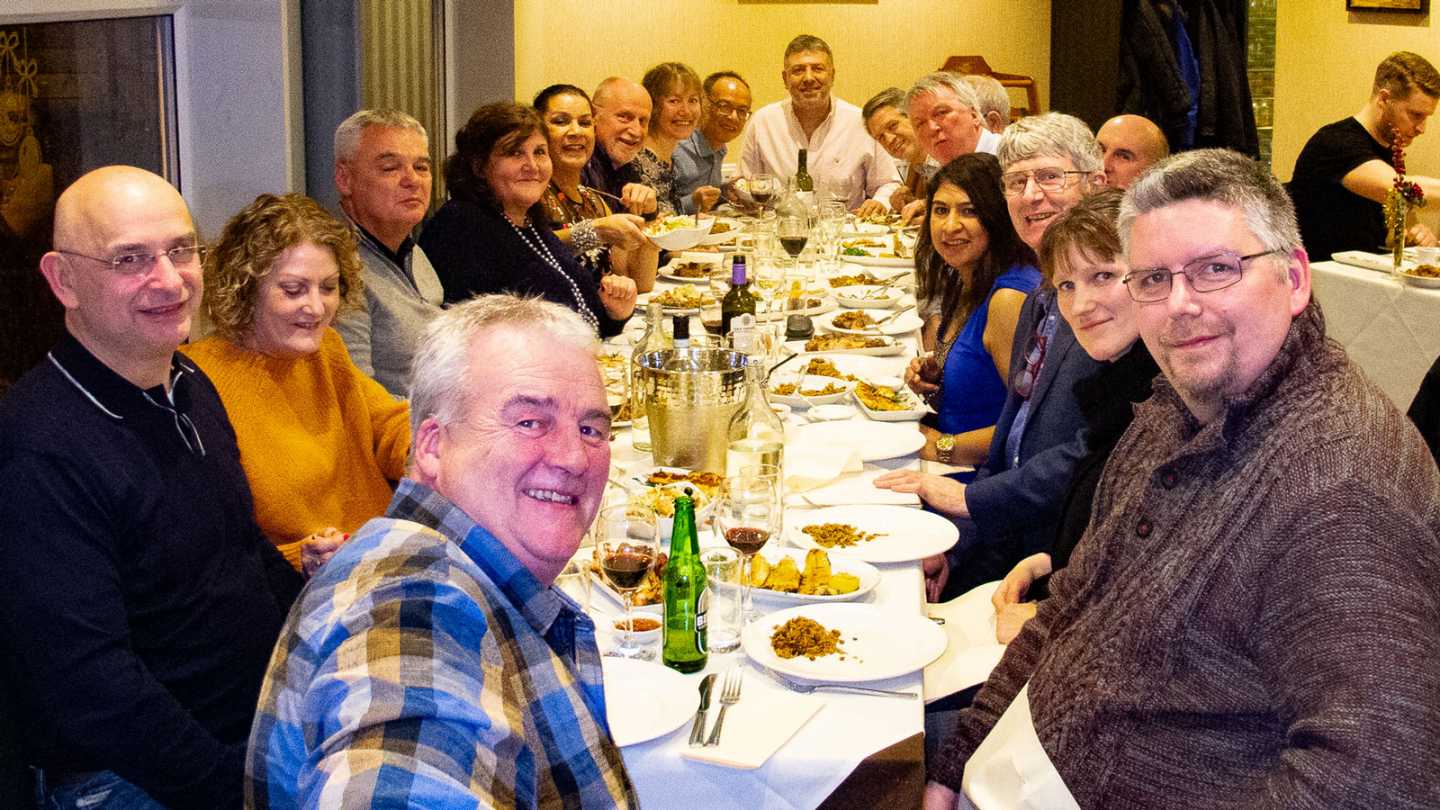 Bowdon Business Club is Behind the Times

This is deliberate and has become quite a tradition.

BBC's annual outing is always delayed until January, but there is always plenty of festive good will going around the table. We returned to Yara in Altrincham where they put on a good spread for us. The food is described as as Lebanese, Mediterranean, Middle Eastern, and vegetarian friendly with vegan options. After first checking with us for allergies, they gave us a two course banquet with a wide variety of dishes including pitta bread, hummus, falafel, haloumi, sausages, salad, aubergine dip, chicken kebabs, sea bass, and rice. A particular favourite of Mark Haywood's is their very tasty lamb chops of which he managed to demolish four. Nothing left on the bone! He might have managed another, but they were also popular with others.

We must have tested the tolerance of other customers, as our table was at number eleven on the volume scale. I was silly enough to help someone finish their chocolate fudge cake after already having had an ample portion of a version of egg custard with crushed pistachios. When I weighed myself this morning, I had put on 7 pounds in one day! Instant New Year's resolution!

Bowdon business club is more than a collection of money-hungry businessmen and women. It is a gathering of friends who genuinely enjoy each other's company. Business happens to get done without the pressure you can experience with some rival groups. From time to time, we organise outings to suit various tastes, to inform, educate and entertain our members, rather like that other institution with the same initials. Add to Favorites
Tweet
More in this category: « Dipping my toe in the water! Traditional Shaker Style »
back to top