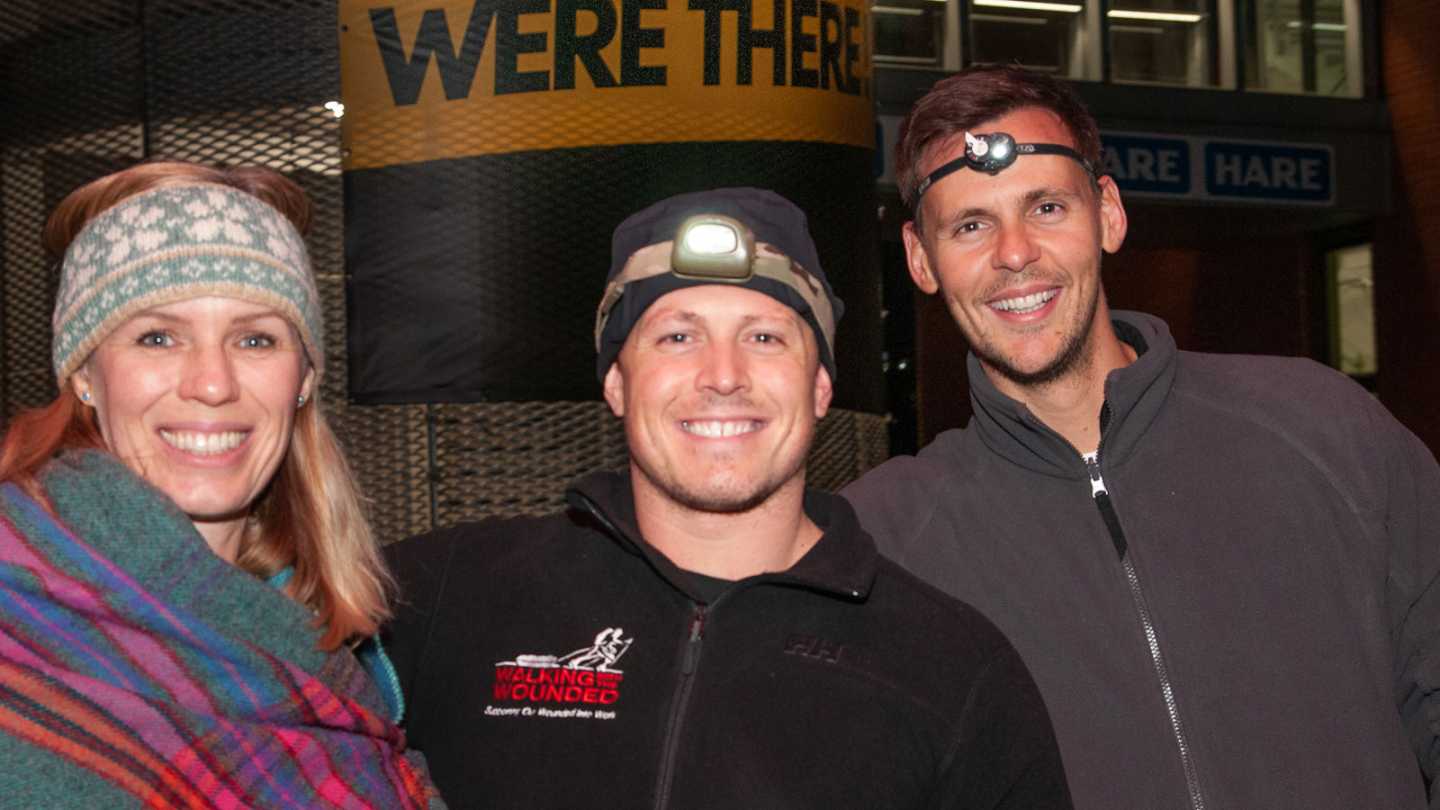 What the CEO Sleep out meant to me

On Monday 4th November 2019 a number of members from the business club joined Joel Oxberry, Walking With The Wounded, to take part in the CEO Sleep out to raise money for the charity. Here Joel describes what the CEO Sleep out meant to him.

What the CEO Sleep out meant to me.

As with most major cities in the UK, you don’t have to travel far in Manchester to see people rough sleeping. It has always affected me but I’ve never tackled the issue head on, choosing instead, like most, to put the situation to the back of my mind. Not out of disrespect, but out of awkwardness brought on by the fact I cannot begin to comprehend what that person is going through, a powerlessness to help and a feeling that my face would give away my emotions.

I’ve always been a person that has had to be personally invested in the organisation I’m working for. Coming from a background in Sales, I know the importance passion has on encouraging others to “buy into” your proposition. That philosophy is no different now that I’m in a Fundraising capacity. Representing Walking With The Wounded, I became acutely aware that my absence of knowledge around homelessness left me feeling fraudulent when encouraging others to join my charity’s cause in supporting veterans that have been left mentally and socially disadvantaged as a result of serving their country.

With this in mind, I recently slept outside in Manchester. My journey was an easy one. Sleeping out at the Lancashire County Cricket Club, I wasn’t subject to the grittiness attributed to the city centre. I came prepared for the elements and was relatively sheltered. All in all, I made my experience as good as it could be but despite that, it was a humbling one. Laying there with the concrete floor digging into my hips the noises of my surroundings were amplified to me. People talking, their faces unclear in the darkness and the direction hard to decipher. Cages being rolled from deliveries of food, people brushing past me as they walked by, it was hard not to feel vulnerable even though rationally, I knew there was no need to be. I spent all night thinking about getting home and that’s when it hit me; how incomprehensible it is for most us to imagine not having a place to call home.

For too many of our military veterans, this is their reality. Having had a clear purpose in the Armed Forces, a family of soldiers and a place to call home, all this is stripped from them when they leave and it’s up to charities such as Walking With The Wounded to help them rebuild their lives.

The true figure for homeless veterans is unknown. Various charities offer vastly different estimates and many concentrate on London. In my opinion this, in itself, is a travesty and seems to reflect the sentiment felt by some of our veterans that suggest they are treated like just a number. The Royal British Legion suggests that around 6% of London’s homeless population are veterans. This means that in the capital, roughly 1,100 veterans are homeless; scaling this up, we could be looking at around 13,000 homeless across the UK. Truth be told, whatever the number, it shouldn’t be happening.

I’ve the privilege of hearing first-hand accounts of veterans who are happy to share their personal stories with me. Matthew, one such veteran, said to me “I was prepared for a fight when I joined the Regiment, but I didn’t expect to be fighting for basic rights such as a roof over my head when I left”.

Matthew spent months suffering with depression, turned to drugs to mask this and finally found himself on the streets when his relationship with his ex-partner broke down. He was spat on by some members of the public and was close to committing suicide.

No veteran should ever find themselves in this position.

Thankfully for Matthew, he finally reached out to Walking With The Wounded and we sourced him housing, drug support, qualifications and a job in construction. He’s doing well now, but his story could have been so different.

Despite it all, the sleeping out, the research on the stats and the first-hand accounts, I will never be able to fully comprehend what hitting rock bottom feels like. The difference is, I’m not shying away from that now and I’m just grateful that I’ve been lucky enough to have avoided it. That shouldn’t, and it doesn’t, stop me trying to help those that have already given so much to me and their country. It shouldn’t stop you either.

7 members took part and have raised a massive £10,000 so far which will add to the annual donation the club gives to the charity. As a non for profit business club this demonstrates how the members share the ethos of this very special club for this very worth while cause.

More in this category: « Christmas tax treats for staff CEO Sleep Out – Steve’s story. »
back to top