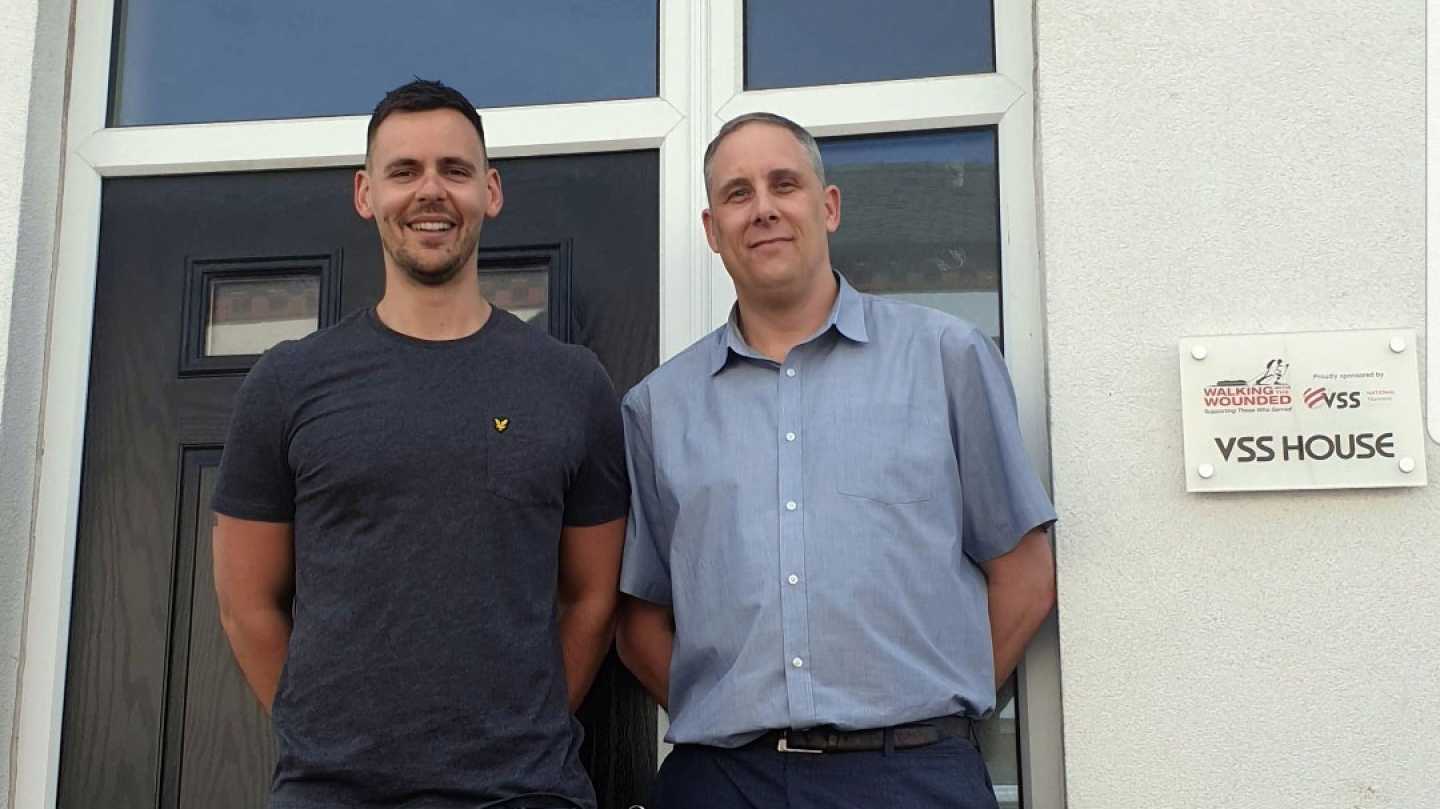 In 2015, Walking With The Wounded's North West Regional Hub was opened as a result of the BBC DIY SOS programme to support the local ex-service community in Greater Manchester.

As well as providing an office for WWTW’s North West team, the hub also offers a Training House with four short-term, supported beds providing accommodation for beneficiaries completing their journey back into employment, into housing and eventually independence.  For many ex-servicemen and women, employment is a key factor in regaining their independence.

WWTW focusses on early intervention for those hard to reach ex-servicemen and women who have found the transition to civilian life more difficult and the North West hub provides a holistic approach to supporting those who have served in the Armed Forces and their families, empowering them to regain their independence, thrive and contribute in our communities.

The hub works alongside WWTW's existing programmes, as well as other partners in the community, in order to provide support to veterans who are homeless, unemployed, socially isolated, struggling with their mental health or caught up within the criminal justice system.

It therefore made perfect sense to create a partnership with Vocational Skills Solutions (VSS). The Managing Director, Phil Juniper spent several years in the Army, and on leaving, he soon found himself in the exact place that many of our veterans find themselves today. Fortunately, Phil was able to find his feet and has since built a National Training Company that specialises in helping the most vulnerable, hard to reach and economically inactive adults build their futures through government funded training and development programmes, whilst also helping them to gain self-confidence and find sustainable employment.

Phil added: “We as a company are delighted to be a sponsor of Walking with The Wounded in Greater Manchester and look forward to forging a long and lasting partnership. As a company that is based in Greater Manchester, we are proud to be able to support WWTW in its long-term goals and look forward to getting involved in their wider community activities. The partnership will allow veterans to further build on their personal and vocational skills and open up more employment opportunities. Supporting veterans is something that is close to my heart, so when the opportunity came up to sponsor the Manchester Hub’s 4 bed Training House, I didn’t hesitate in signing the contract. We hope that with the existing programmes offered by WWTW, and our vocational training and development programmes, we can make a real difference to the lives of our nations veterans and their families.”

The sponsorship is initially for 1 year, with the option to extend for a further 2 years, and will cover the running costs of the Training House during this time. Joel Oxberry from WWTW added, “Our charity depends greatly on corporate donations like this. Without the generosity of organisations such as VSS, Walking With The Wounded would not be able to provide care for thousands of veterans struggling to adapt to life outside of the military, be that as a result of physical or mental injuries. This sponsorship will cover the costs of temporarily providing accommodation to veterans without a place to call home, providing them with stability and security whilst we redress other issues prohibiting their transition to civilian life”