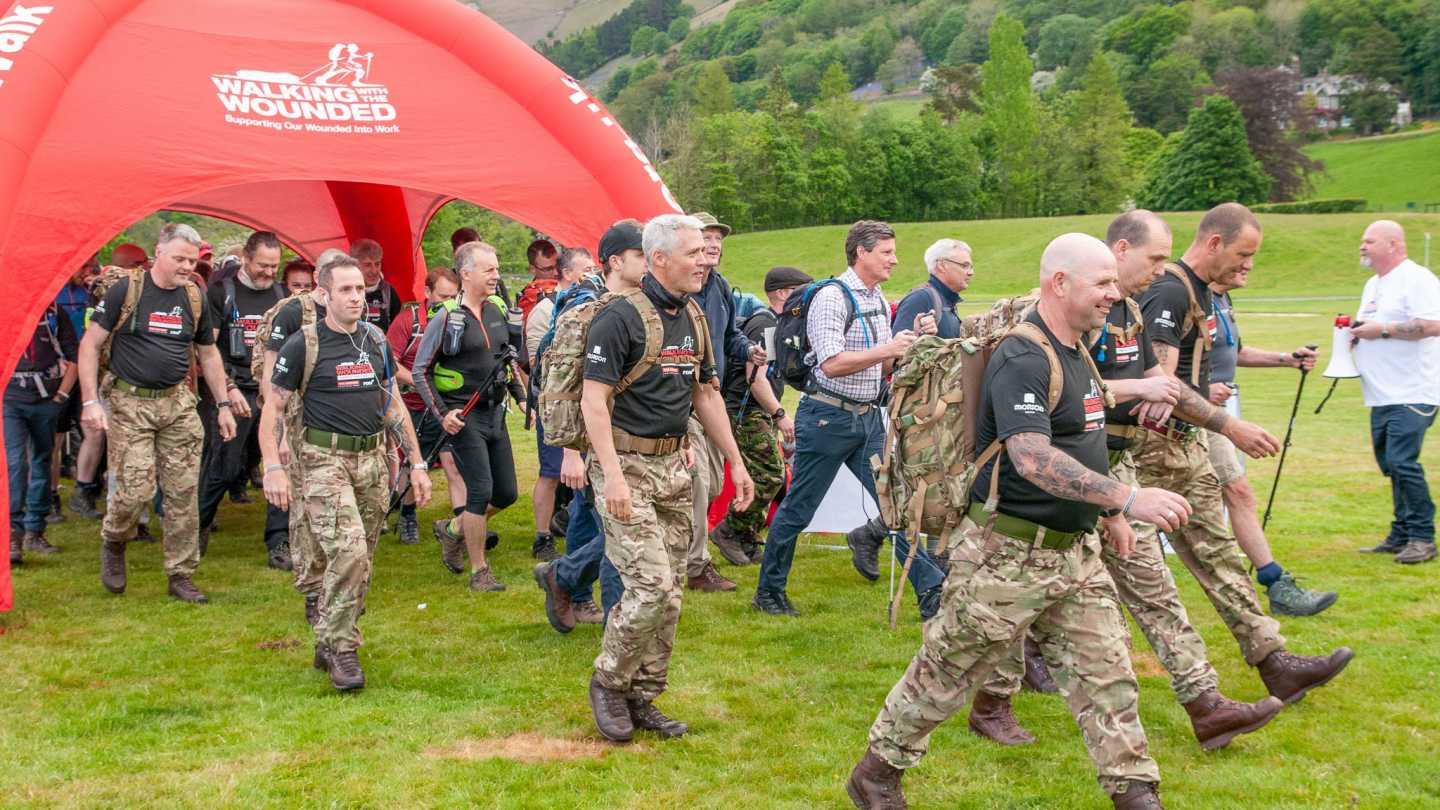 Bowdon Business Club is a non for profit business club donating to it`s designated charities on a regular basis. There are four designated charities at present and members feel very passionately about supporting them financially and practically both as individuals and through their businesses.

When there becomes an opportunity to go that extra mile for a charity – when they hold a big event for instance, members jump right in. One of those occasions was when Walking With The Wounded (WWTW) recently hosted their 2019 Cumbrian Challenge.

WWTW supports those who have served in the Armed Forces and their families, empowering them to regain their independence, thrive and contribute in our communities. A fitting tribute to these personnel, the event has raised more than £1m for the charity and will see it's 1,000th team take part in 2020. His Royal Highness, Prince Harry has been a supporter of the charity since it was established in 2010.

This year participants took part in one of three routes alongside teams of beneficiaries - the Peak (16km), the Tough (24km) or the Tougher (32km) - with the latter featuring nine summits before the finish.

Joel Oxberry, Corporate Sponsorship & Development Manager WWTW attends the Friday business club breakfast meeting and had promoted the event over the weeks prior to the challenge. Looking for teams to take part, sponsorship, and companies/organisations to sponsor the event and provide equipment, supplies etc. Joel delivered comprehensive pitches each week containing lots of ideas to trigger members thought processes.

Andy Pearson Dynamic Estate Planning called a contact of his from the global brand Regatta outdoor clothing. https://www.regatta.com/ They were happy to support the worthy cause supplying their superior weather proof jackets for the ex-service men.

Chris Wrighton, Harold Sharp Accountants, formed a team with 3 friends to take part and pledged to raise £2000 – this is now almost at the £3000 mark (£2,579 ). He shared the Activity log from his phone which was astonishing showing not only 23 miles and 56,051 steps but an incredible 468 floors demonstrating what a challenging terrain. If you would like to sponsor Chris please visit it would be fantastic for him to break through the £3,000 mark.

Ian Cartwright Caramel Photography offered his photographic services to record the event free of charge and ended up completing quite a lot of the challenge himself! You can see some of his stunning photographs here which capture the great atmosphere.

Members sponsor event and promote via their social media channels.

Members sponsored the event both individually and as businesses and enjoyed listening to the tales and anecdotes from the day.

More in this category: « Mentoring small business VSS partners with WWTW »
back to top