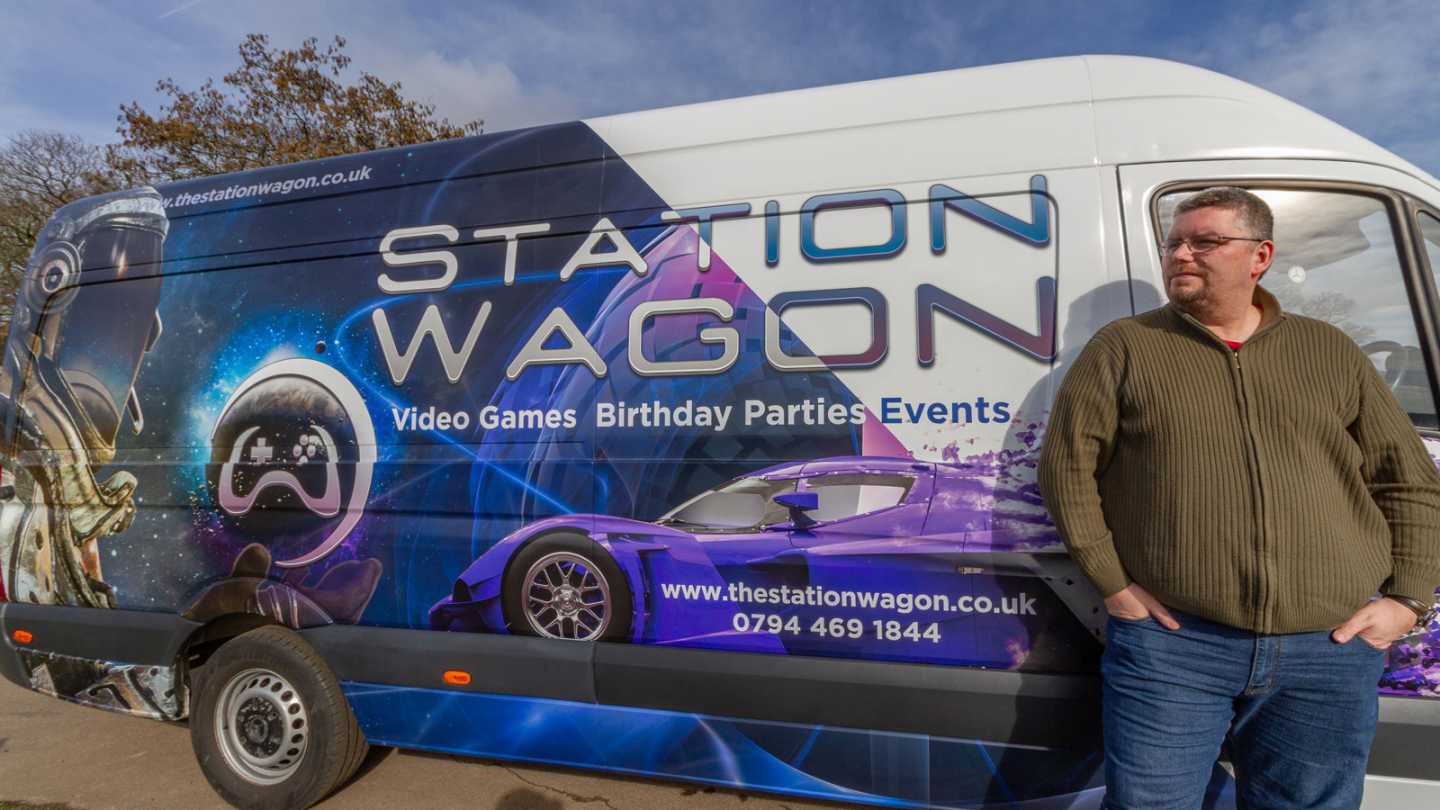 Part of the culture of the business club is helping and mentoring small business and start-ups in terms of both advice and services. Andras Toth, Code to Exit, Altrincham joined the business club in 2018, members and their contacts have thoroughly enjoyed spending time cracking the codes to escape from the cleverly created rooms. Recently Andras launched a new venture and asked Graeme to help with the creative marketing and branding.

The new venture by Andras Toth is part of his entertainment business involving a mobile gaming van which has 6 PS pros and 6, 4K TVs enough space to fit 12 gamers in one sitting.

Graeme says he knows from past experience that Andras probably would not think of asking him to do some work, believing he would be far too expensive. Graeme was more than happy to discuss his project to receive feedback and support regarding the comments he was receiving from the supplier he was working with.

Graeme continues `It became very clear to me that the approach taken by his supplier was not above board and the worst case scenario could end up in litigation, the approach suggested would not be able to be used, making the whole exercise a complete waste of money. ‘

“In the end, I agreed to see if I could come up with an exciting original design which would not infringe anyone copyrights or trademarks using just royalty free images and this was the result.

Graeme concludes “There are bigger lessons to be learnt, you cannot just pull images of the internet to use in advertising or promoting your business. Even on photo library sites, there are subtle distinctions between Royalty Free, Editorial and Rights Managed images which have massive impacts on what you can use them for the cost involved and the royalties you may have to pay the rights owners of the image. The photographer and the photo library may have the rights to sell the image but the people in them and any characters, places, buildings and objects may be subject to copyright. Permission will be needed and fees will have to be paid. It is important to use professional people who understand the intricacies of this world. Ignorance is not an acceptable excuse.

Hopefully, you can see the advantages of being a member of a group where this kind of information is easily accessible.”

Add to Favorites
Tweet
More in this category: « A Broker that cares WWTW Cumbrian Challenge 2019 »
back to top