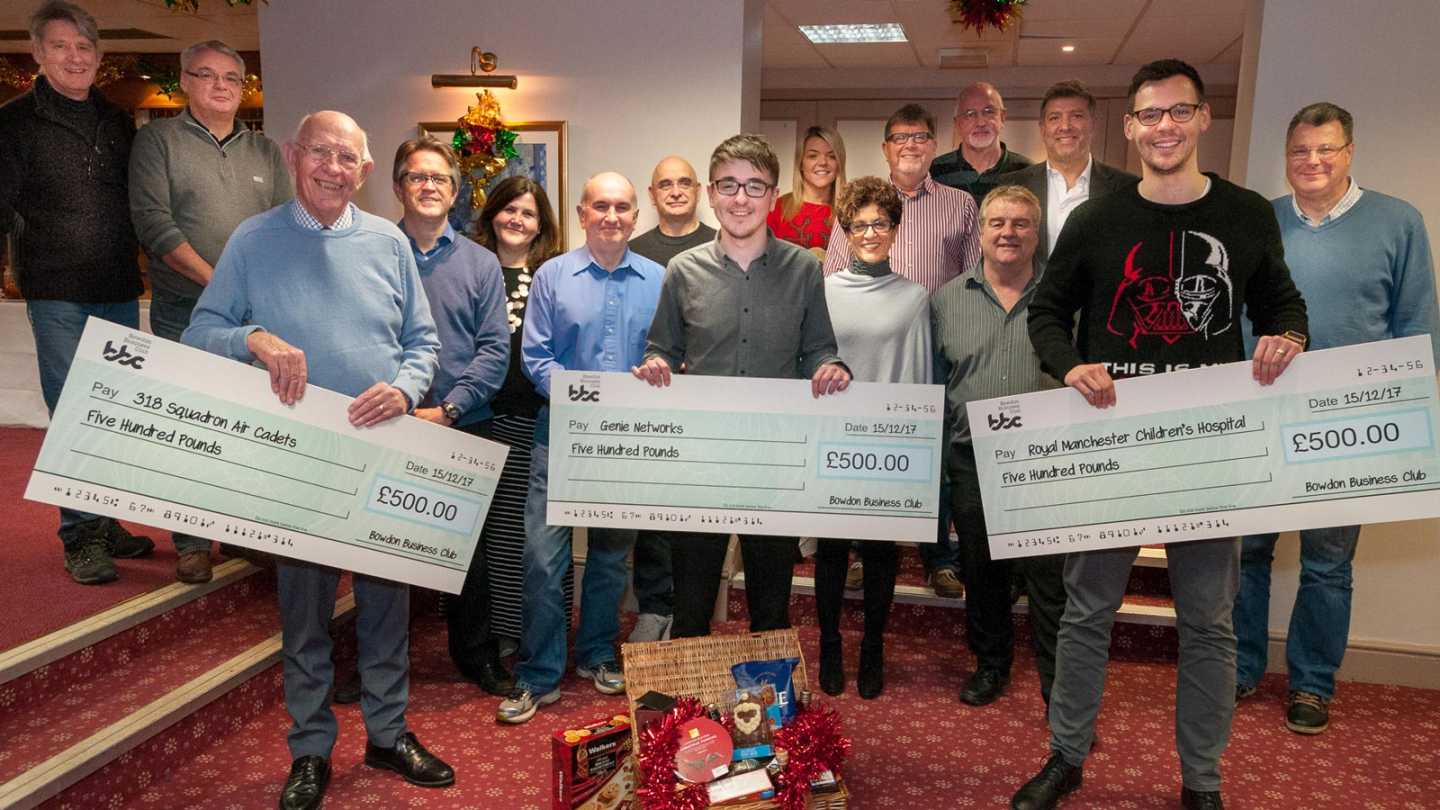 As a non-for-profit organisation the Bowdon Business Club supports designated charities each year, not just in terms of financial contributions from the club, but by way of high level introductions to potential supporting contacts, practical support from members who have offered their skills and talents, as well as many members choosing to donate on behalf of their individual businesses.

During the meeting on Friday each charity representative was given the opportunity to give a presentation providing an overview of their charity’s work. They covered current projects, what they had achieved in 2017 and some fascinating, thought provoking, statistics. 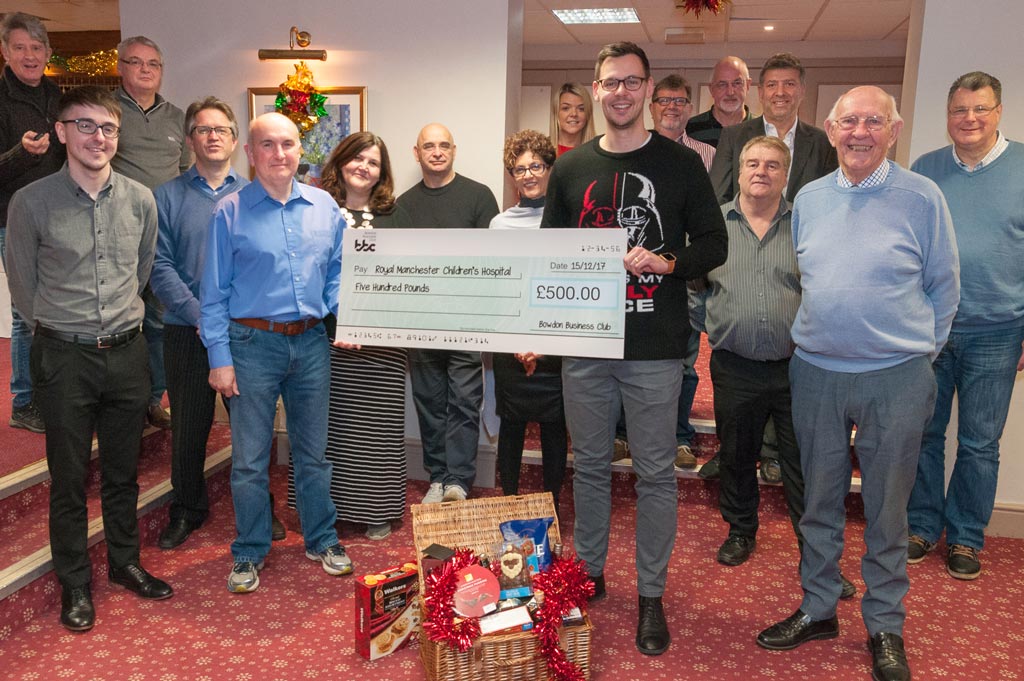 The Royal Manchester Children’s Hospital was one of several hospitals which received admissions from the victims of the terror attack on May 22nd, 2017 at the Manchester Arena. Having the only dedicated paediatric accident and emergency in Manchester and a regional paediatric and adult Major Incident Centre, they received the highest number of children and subsequent family members to care for and in fact ended up treating all the victims of the attack through secondary and tertiary needs.

Despite appearing to be a regional hospital, they in fact treat patients across the country and even internationally. They are the largest single-site children’s hospital in the UK and conduct some of the most influential research and treatments around cancer, bone marrow and renal across Europe.

For details how to support RMCHC please visit Get Involved Jordan Goucher is the Finance and Administration Officer at Genie Networks.

Genie Networks provides invaluable support for deaf people and their families. The term "deaf" refers to those who are deaf, hard of hearing, mild hearing loss, hearing impaired, speech user, lip reader, sign language user. Everyone is Welcome! With around 1 in 6 people in the UK suffering from some level of deafness the centre provides a wealth of services, information and facilities for a host of people across Manchester and the Northwest.

With an excellent Training Academy available for children and their families, Genie will also visit organisations providing awareness, information and training. For details how to support Genie please visit Supporting Genie Networks 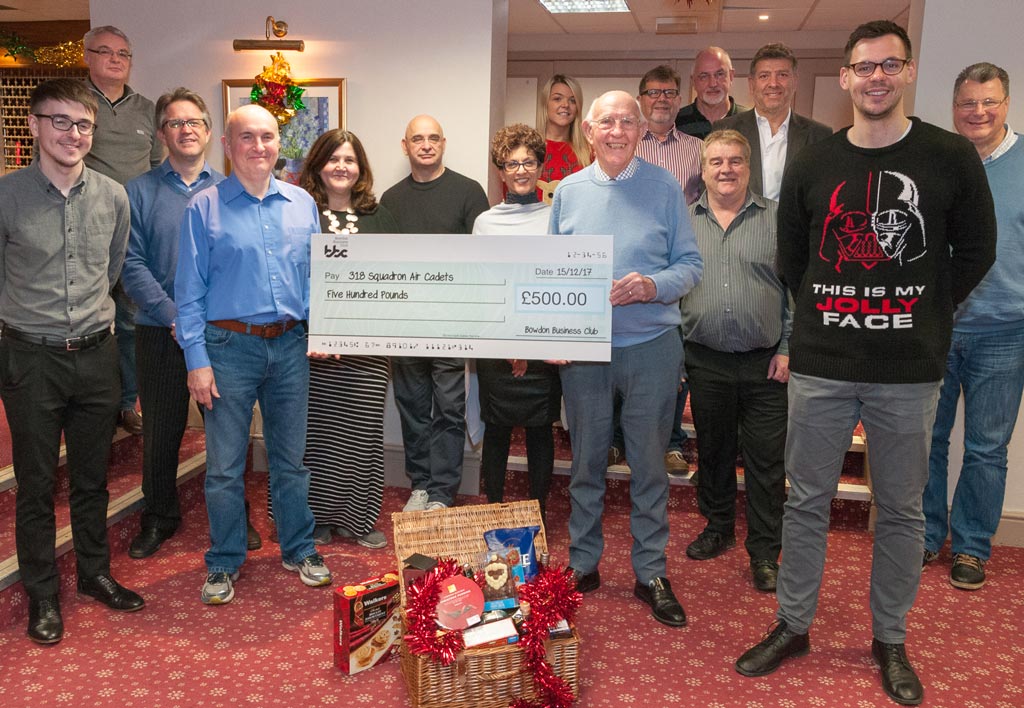 318 Squadron Air Cadets, Sale are the local wing of the well-known UK-wide cadet force. With currently more than 40,000 members aged between 12 and 20 years, the air cadets the air cadets were formed in 1859 where several schools around the country began forming armed, uniformed units of adults and older boys with the purpose of protecting Britain in the event of an attack from overseas.

Today’s cadets are young people who want to join the RAF or are thinking about a career in aviation. Members are privileged to be able to partake in opportunities that the standard civilian just simply cannot! Activities include; flying, ground defence training, shooting, inter squadron competitions and inter wing competitions.

All cadets wear a uniform and learn how to participate in drills, a formal and respectful act of movement that the military use on and around bases and parades etc. The camps are very popular with the cadets both the annual camps and the ground defence training camps, as are the overseas visits. The IACE, International Air Cadet Exchange provides cadets with the opportunity to go to countries such as America and Cyprus on an exchange program and 318 squadron organise 2 overseas visits, one to Belgium learning about the acts of WW1, the second to Poland where cadets learn about 318's heritage of being a polish spitfire squadron during WW2.

Not all cadets choose to pursue a career in aviation however 50% of pilots have been a cadet. Those cadets who decide to follow other paths have the huge benefit of growth within a structured environment which helps them to prepare to face the challenges of today and be ready for the task of tomorrow.

Each charity received a cheque for £500 in addition to their hamper which consisted of items donated by the members. Each Charity has raffled the hamper which has raised more money, and there will be a further smaller donation made to each charity before Christmas. We are delighted to be associated with these 3 very worthwhile charities. For more information please see our website

Add to Favorites
Tweet
More in this category: « A serendipitous event in Yoyogi park Data Protection Regulations »
back to top