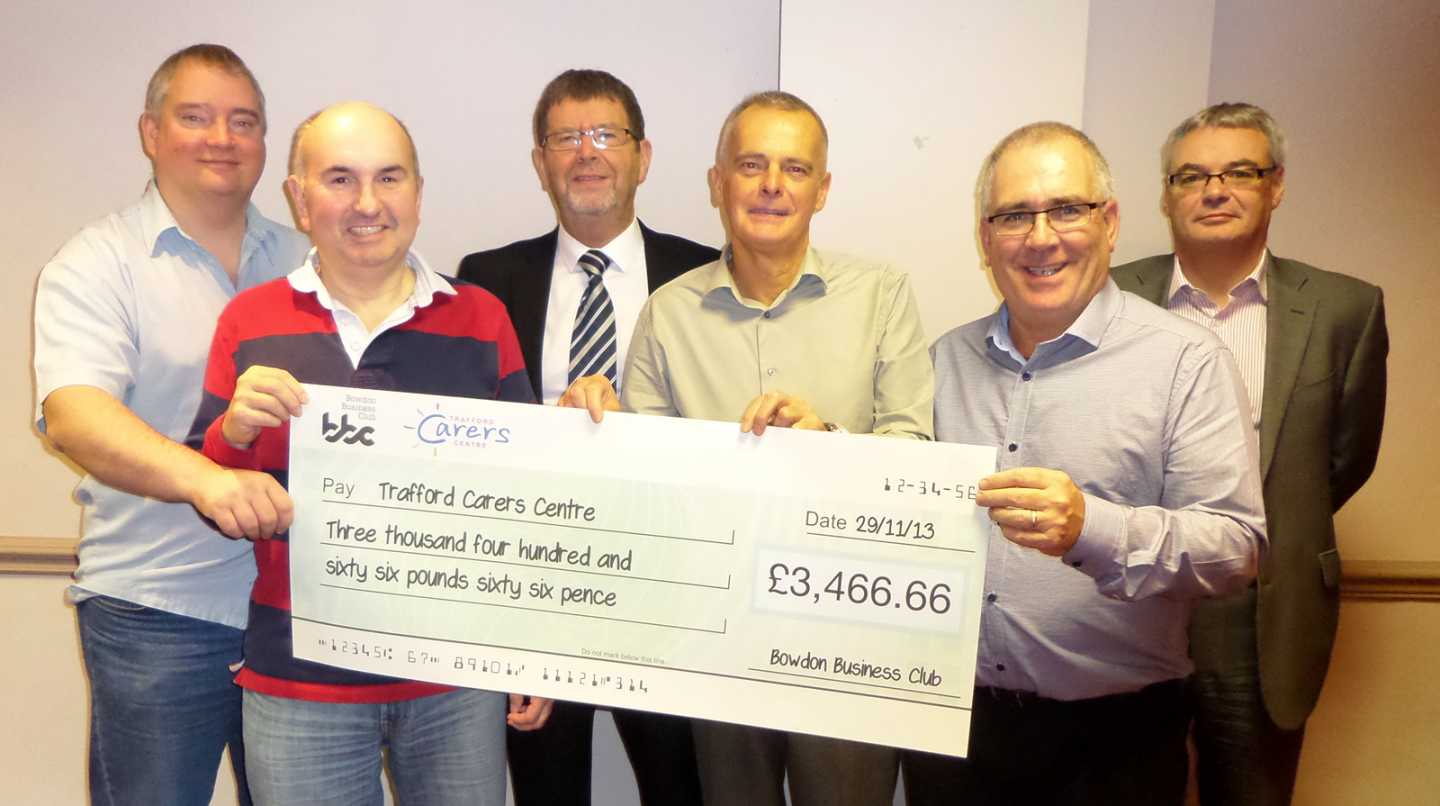 The episode, broadcast in 2014, saw the team of Gary Hutchings (Greenkey Ltd), Mark Haywood (The Decorating Company), Mark Slater (Wilson Fink), Tony Dagnall (Trafford Carers Centre) and Stuart Jamieson (CFI Labels) walk away with the jackpot of £41,000 after defeating the Eggheads in the final round.

The earlier head to head rounds saw victories for each of the Eggheads and left Tony, who has the charity seat at the business club, to take on the combined might of all five Eggheads on his own.

After answering each of his questions correctly the Eggheads tripped up on their final question, leaving the challengers delighted winners. Team members, including the reserve Chris Wrighton (Howard Sharp Accountants), agreed to donate part of their winnings to Trafford Carers Centre as part of the club’s ongoing support for the charity.

Photographs show the team at the Eggheads studio in Glasgow when the programme was recorded and presenting Trafford Carers Centre with a cheque for £3,466. (Team members are in order left to right as referred to above).

More in this category: « Bowdon Business Club Gary's passion for Vinyl »
Tagged under
back to top