You are here: Home/ BBC Members 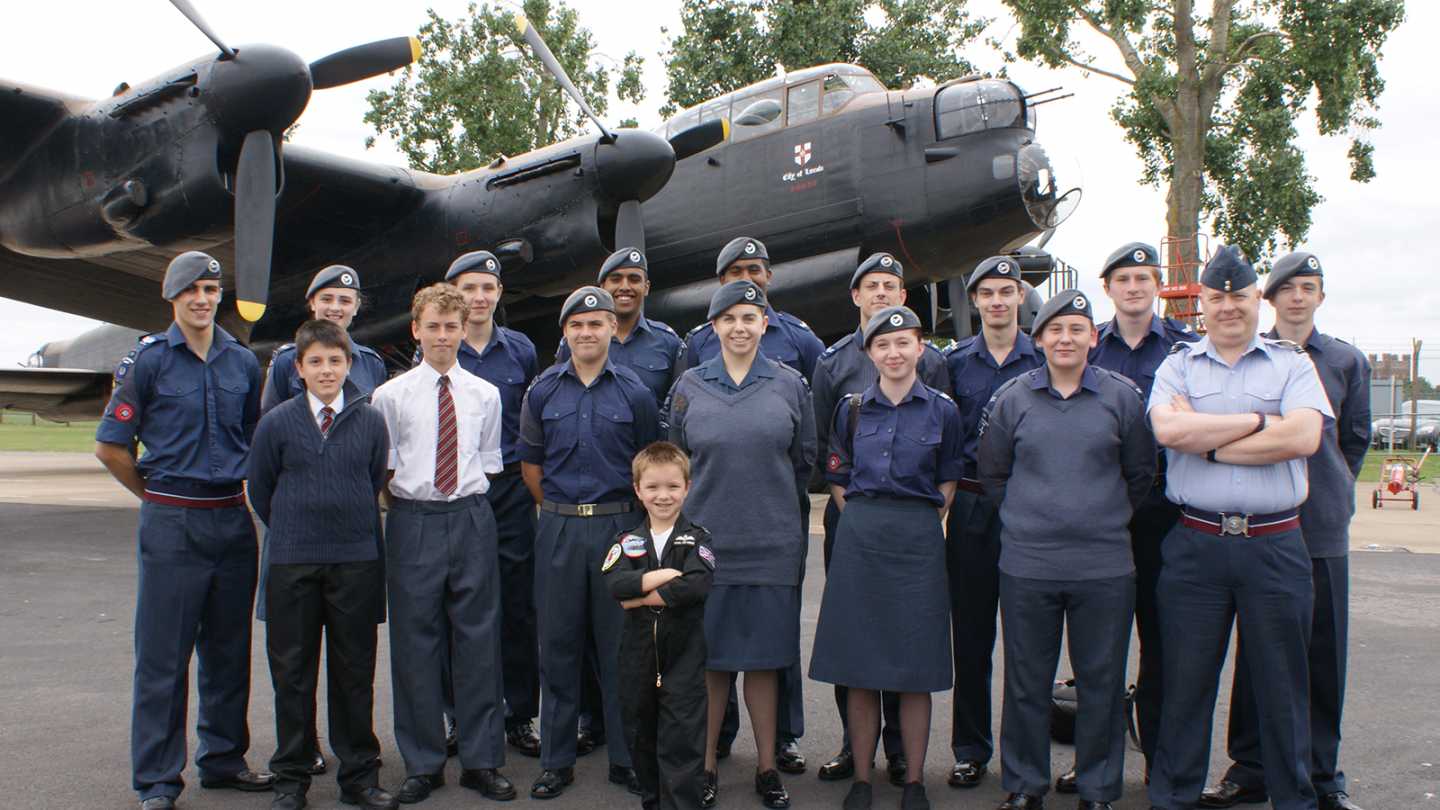 The Squadron is one of 36 Squadrons in the Greater Manchester Wing of the Air Cadets which has about 1400 cadets and is the largest Wing in the organisation.

318 Squadron is one of the largest in the wing and has fifty four cadets.

The motto of the Air Training Corps is “Venture Adventure” and one of its main aims is ‘To foster the spirit of adventure and develop qualities of leadership and good citizenship.’

The activities that the cadets can take part in are wide and varied. Of course the most unique is the flying experience they can have. The more able cadets can be awarded flying scholarships and we regularly have cadets flying solo by the time they are sixteen.

In order to progress in the squadron all cadets study the history of the RAF, the Air Cadets and aviation. These studies can lead to a BTEC award.

Other activities include The Duke of Edinburgh Award Scheme, shooting, most sports, drill, leadership training, first aid and heart start and adventure camps.

Sale Squadron also organise overseas trips and for the last ten years we have taken cadets to the Belgium and France Battlefields and taught them the history of WW1, on each occasion they have paraded at the Menin Gate Memorial . Over the last two years we have also taken them to Gdansk in Poland where the WW2 started. They parade at the War Memorial there at 04.15 on the 1st September to mark the start of the war. The cadets are treated as VIP’s. The first year the Polish Prime minister came and shook hands with each cadet and last year the Defence Minister did the same.

The Westerplatte, Malbork & Gdansk labelled ones were taken in Poland. The actual RAF 318 squadron was a Polish fighter reconnaissance unit active in support of the 2nd (Polish) Army in the Middle east & Italy during the war. All Polish fighter squadrons were named after cities, 318 was named after the city of Gdansk & it’s full title was 318 (Gdanski) Sqn. My fellow instructor was the driving force in setting up links with the Mayor of Gdansk’s office whilst I helped organise a visit to the Polish Air Force base at Malbork & made the model Spitfire in 318 Squadron colours. This was presented to the director of the Gdansk WW2 Museum. We have had 2 trips to Gdansk, both times we have been guests of the Mayor of Gdansk at the “First Shots” commemoration which remembers the very first actions of WW2 which took place at the Westerplatte peninsula, near Gdansk, on September 1st 1939.

The Coningsby photos were taken during a visit to the Battle of Britain memorial Flight at RAF Coningsby, Sports was taken at Wing Training Day. The 2 Somme photographs were taken during our annual battlefield tour to Belgium & the Somme, which we have been undertaking for the last 10 years. This year we are going to Normandy.

The Squadron always takes part in the Battle of Britain & Remembrance Day parades & is an enthusiastic supporter of Red Nose Day, the photo being taken when cadets & staff of the Squadron donated their time for a charity bag pack at Sainsburys in Altrincham. 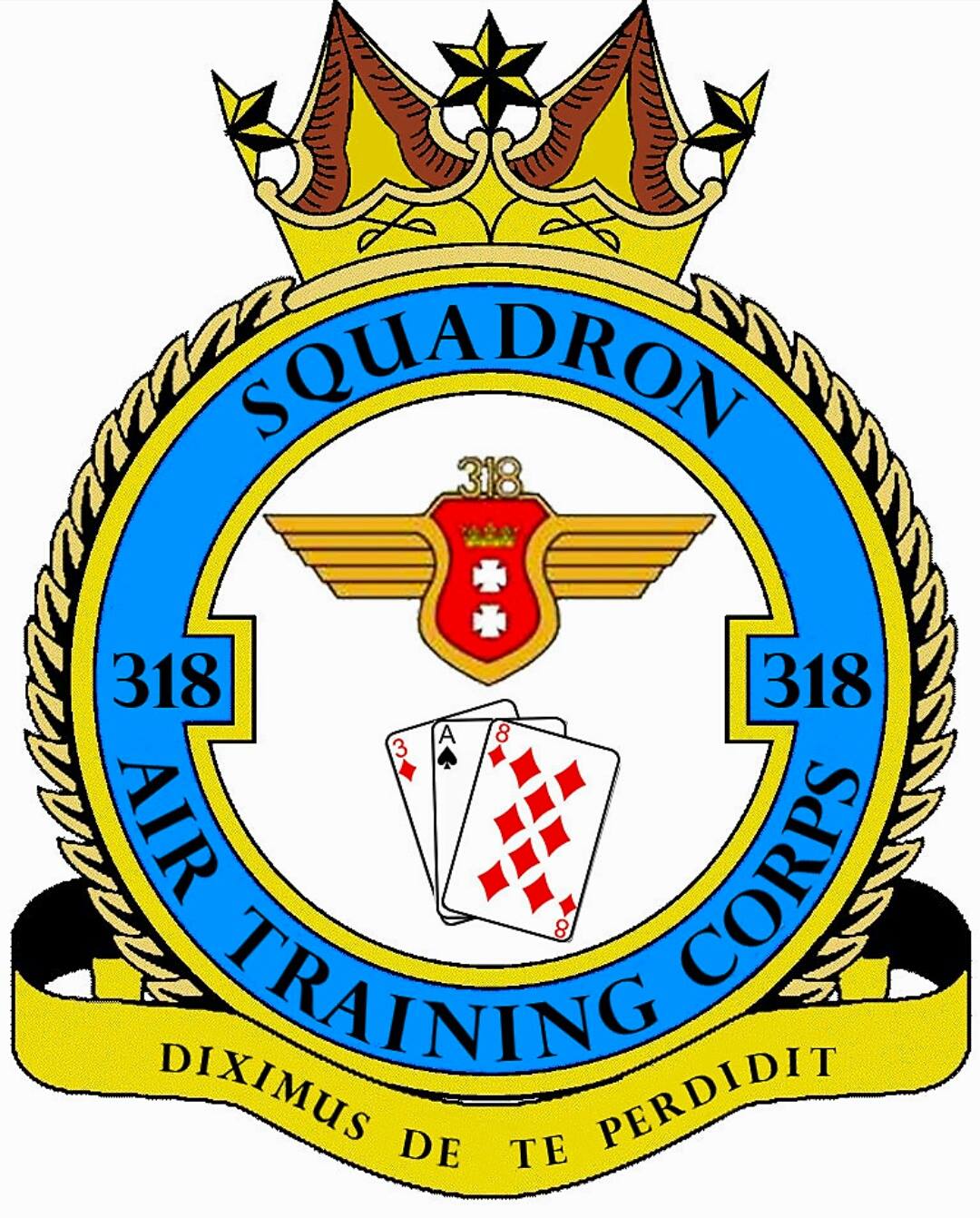 Are you up for fun, adventure, incredible experiences and making new friends? Are you looking for something to give you the edge in life? Then 318 (Sale) Squadron is the place for you!